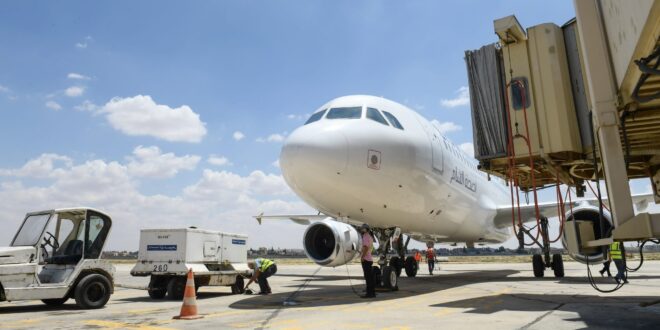 For the second time in just a week, Israel targeted the Aleppo International Airport last Tuesday. A message to Bashar al-Assad?

For the second time in just a week, Israel targeted the Aleppo International Airport last Tuesday. This second attack comes amid an intensification of Israeli attacks on Iranian targets in Syria. Already on August 31st, Israeli strikes targeted the Damascus countryside only two hours after an attack on the vicinity of Aleppo International Airport, resulting in material damage. The strikes are believed to have targeted Iranian warehouses and supply lines. Recently, Ram Ben-Barak, the chairman of the Israeli Knesset’s Foreign affairs and defence committee, told Israeli media that the strikes had been a signal to al-Assad. “The attack meant that certain planes would not be able to land, and that a message was relayed to Assad: If planes whose purpose is to encourage terrorism land, Syria’s transport capacity will be harmed,” he said, according to al-Jazeera.

As a result of the attack, the official State agency SANA has reported that the Ministry of Transport has announced that all scheduled flights through the Aleppo International Airport will be transferred to Damascus International Airport. In a statement, the ministry called on the travellers to arrange their travel, transport and flight schedules with the airlines and their offices till the repair of the damage caused by the aggression and the return of the airport to work.

From his side, the Foreign and Expatiates Ministry stressed that the repeated Israeli acts of aggression, especially on the civilian facilities, amount to a war crime, underscoring that the Israeli authorities in this serious escalation endanger the peace and security in the region. The Ministry said in a tweet that “The repeated Israeli attacks, particularly the systematic and deliberate targeting of the civilian objects in Syria, the latest of which was targeting Aleppo International Airport yesterday, amounts to a crime of aggression and a war crime under the international law, and Israel must be held accountable on it.”

“The Israeli occupation with this dangerous escalation is once again threatening the peace and security in the region, endangering and intimidating civilians, along with threatening the safety of civil aviation in Syrian and the region, “the Ministry added.

“Syria will exercise its legitimate right to defend its land and people by all means and to ensure the Israeli occupation authorities’ accountability for their crimes,” the Foreign Ministry emphasized.

The Kurdish agency North Press has also emphasized the escalation of attacks by Israel on Syria. An exclusive source from the Aleppo airport told North Press that the Israeli attack targeted a plane about to take off, heading to Najaf in Iraq, with two leaders of the Iranian-backed Lebanese Hezbollah on it.

Still according to North Press, on August 25th, several sites in the western countryside of Hama, in western Syria, were subjected to Israeli airstrikes against military posts, likely affiliated with the Iranian-backed militias. On August 27th, Oleg Yegorov, deputy chief of the Russian Center for Reconciliation in Hemeimeem, said in a statement, “The on-duty air defence forces of the Armed Forces of the SAR destroyed two missiles and seven guided from the eastern Mediterranean targeted the Scientific Studies and Research Center in Masyaf using the Russian-made Pantsir-S1 and S-75 systems.”

On August 15th, Israeli airstrike targeted military posts of Syrian government forces in Tartous and Damascus countryside Governorates, killing three members and wounding three others. On August 12, two individuals were wounded in Israeli shelling of a village north of Quneitra, southwest Syria. The recent Israeli attack that hit Aleppo Airport is the 24th attack against Syrian soil during the year 2022, the Kurdish agency reports. Most of these Israeli attacks on Syria focused on Iranian targets, it adds.

Israel intensified strikes on Syria’s airports to disrupt Iran’s increasing use of air supply lines to handing weapons to allies in Syria and Lebanon, including Hezbollah, diplomatic and intelligence sources told Reuters. Tehran resorted to air transport; as a safer means of supplying its forces and affiliated factions with military equipment in Syria after ground transportation was disrupted. A leader in an Iranian-backed regional coalition told Reuters that the attack damaged Aleppo airport before the arrival of a plane from Iran.

Israel fears Iran’s nuclear danger, especially in light of the meetings and consultations to sign a new agreement between the countries of the nuclear agreement and Iran.