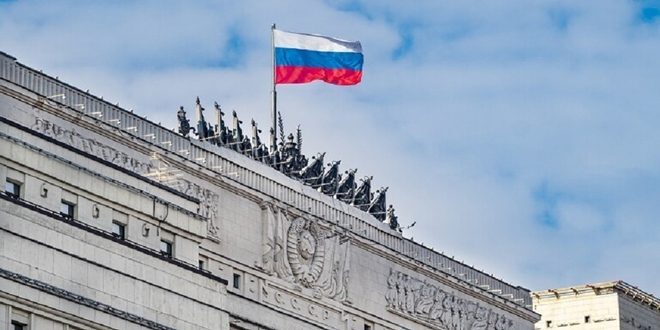 The Russian Defense Ministry accused “terrorist groups” affiliated with Turkey are excavating antiques in the occupied Afrin, according to SANA.

The Russian Defense Ministry revealed that terrorist groups affiliated with the Turkish regime are excavating antiques in the occupied Afrin, preparing to load them to Turkey and sell them on the black market later.

“The terrorist groups are conducting an archaeological excavation in search of architectural and historical monuments and artifacts near Afrin, which is under Turkish occupation domination, using modern and heavy equipment and explosives, causing severe damage to the sites of Syrian cultural heritage,” Deputy Head of the Russian Coordination Center in Syria, Oleg Egorov said.

He added that these antiquities were being sent to Turkey to be sold on the black market later.

During the hostile war against Syria, many American and Turkish archaeologists cooperated with terrorist groups in ransacking and looting the archaeological Syrian heritage, sabotaging historical sites. This constitutes another crime against the Syrian people and the Syrian history and civilization.