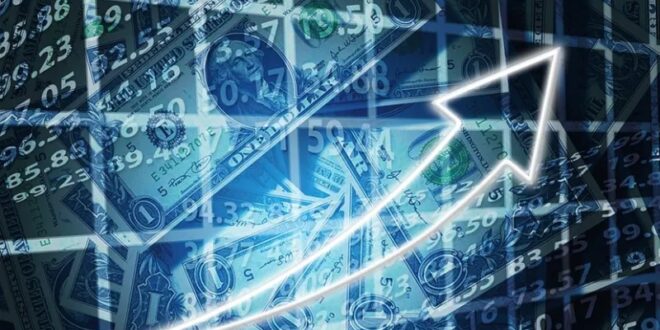 While whispers of the current emerging market debt crisis, the result of the rapidly strengthening dollar, could be heard throughout the summer, virtually no one predicted the blow the dollar’s rise would deal to some other developed economies. But with the dollar reaching levels not seen in a generation, a battering is precisely what several are being unexpectedly dealt.

In September, the Bank of Japan intervened to stem a persistent bleed, buying yen for the first time in twenty-five years. The yen, which had been steadily losing value since the middle of March, when the Bank of Japan announced it would not be following the Federal Reserve in a hawkish pivot to combat inflation, will likely remain under pressure given the Bank of Japan’s commitment to ultralow interest rates. However, the singular move marked a shot across the bow at the macro funds that speculate in currency markets: think twice before shorting the yen.

The following week it was the Bank of England’s turn. Bond markets, rattled by new UK prime minister Liz Truss’s unexpected announcement of yet more unfunded tax cuts and increased spending, sold off violently in the pound’s largest ever single day decline. The move sent yields spiking, bond prices moving inversely to yields. Already mired in economic crisis, with inflation still running near 10 percent and the price of heating a home five times what it was a year ago, the Bank of England has now revealed its intervention was done to save several public pension funds whose leveraged positions faced liquidation because of the sell-off.

Bond and currency markets having at least temporarily been calmed by these interventions, the examples of Japan and England illustrate the advantage a currency sovereign has over most borrowers in the emerging markets, who are forced to borrow in dollars to access international credit markets: in a crisis, the Bank of England and Bank of Japan can simply turn on the printing press to keep the lights on and people fed.

Italy, itself facing an even worse economic crisis than the UK, has no choice looking ahead to the coming winter but to go along gratefully with whatever protection Brussels and the European Central Bank (ECB) are willing to give it as the spreads on its bonds threaten to widen.

Of course, while all of the above actions can help avoid an immediate credit event, their use has become all too regular, and the now staggering debts of the rich world will increasingly take their toll in the new higher interest rate environment, with the percentage of GDP devoted to paying annual interest rising precipitously.

A problem for the long run, apparently.

While at this point minor compared to the immediate, starvation-level situation wrought by the rising dollar in places like Nigeria, Egypt, Argentina, or Kenya, the full impact of the Federal Reserve’s top to bottom bungling of inflation on its major advanced trading partners has yet to fully materialize. Changes in the real economy lag changes in interest rates, but already warnings from Seoul and Delhi suggest the reversal of capital flows resulting from capital moving into treasuries is hindering necessary investment. Though, that may pale in comparison to the damage of a global recession, which the World Bank, International Monetary Fund, and World Trade Organization all now warn is increasingly likely, and due in no small part to the precipitous pace of the Fed’s rate increases.

For their part, Jerome Powell and Co. remain unmoved by the markets’ cries of “uncle.” The US economy is sending mixed signals. In particular, citing the continuing tightness of the labor market, the result of a demographic imbalance between generational cohorts, the Fed continues to make the political space it needs to continue its inflation fight. Facing complaints from lawmakers and investors alike, high ranking Federal Reserve officials have repeatedly emphasized the need for the institution to stay its course in order to maintain its “credibility.”

Apparently, this is a feat only accomplishable by pushing the economy it overheated off a cliff.

At a moment when virtually every central banker the world over was asleep at the wheel, credit to the few central banks that got it right. In Brazil and Mexico, for example, countries with troubled histories of inflationary spikes and currency sell-offs, rate hikes were earlier and sharper; as a result, their currencies held up amidst the otherwise global rout in the emerging markets; this, in turn, helped Brazilian and Mexican businesses as the global economy soured. In both cases economic growth has been maintained despite the deteriorating macroeconomic environment.

As the old adage goes, an ounce of prevention is worth a pound of the cure.

Had the Federal Reserve been bound by some version of the Taylor rule, rates would have automatically adjusted as soon as inflation began to tick up in 2021. As it is, wishful thinking, misleading narratives, and an unaccountable few have given the global economy a series of unnecessary and deadly shocks.