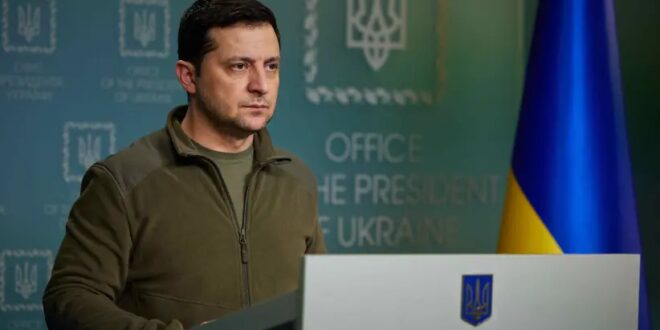 Ukrainian and Russian officials have met for peace talks at a venue on the Belarusian border with Ukraine, according to an adviser to the Ukrainian Interior Ministry.

Russia denied that talks with Ukraine had begun but said the two sides were arriving at the destination for negotiations, Interfax news agency quoted the Foreign Ministry as saying.

The negotiations could possibly offer some room to try to de-escalate the crisis after Russia invaded Ukraine from several directions.

The talks, the first since Russia unleashed a full-scale invasion of Ukraine last week, would be held without preconditions and are the result of a phone call between Zelensky and the Belarusian president, Zelensky said.

Kremlin spokesperson Dmitry Peskov said that Russia will not cease its military operations in Ukraine during the negotiations, according to Russia’s TASS news agency.

However, according to Ukraine’s Foreign Minister Dmytro Kuleba, Belarus has assured their forces will not get involved while talks go on.

This follows reports by Russian news outlet RIA that claimed negotiations would happen on Sunday afternoon in Belarus’ Gomel Region.

The report came a few hours after an adviser to Zelensky told Reuters that Ukraine wants only “real” negotiations with Russia over its military offensive, without ultimatums, calling Moscow’s decision to send a delegation to Belarus for talks “propaganda”.

Zelensky rejected the offer of talks in Belarus, saying Minsk itself was complicit in the Russian invasion, but leaving the door open to negotiations in other locations.

The Kremlin said on Sunday its delegation was ready to meet Ukrainian officials in the Belarusian city of Gomel.

Zelensky’s spokesman said on social media on Friday that Ukraine and Russia were discussing a place and time for talks.

“Ukraine was and remains ready to talk about a ceasefire and peace,” spokesman Sergii Nykyforov said.

The location of the impending negotiations is notable, as Belarus aided Russian forces by allowing troops to pass through its borders to enter Ukraine. There are also reports of Russian projectiles and aircraft launches from the Belarussian territory.

Belarusian leader Alexander Lukashenko called on Kyiv to agree to the talks with Russia so that Ukraine does not lose its statehood, Russia’s RIA news agency reported.

British foreign minister Liz Truss said that there could be no talks with Russia over Ukraine while Moscow has troops in its neighbor, adding that the conflict could be protracted.

“Now if the Russians are serious about negotiations they need to remove their troops from Ukraine. They cannot negotiate with a gun to the head of the Ukrainians … So frankly, I don’t trust these so-called efforts of negotiation,” she told Sky News on Sunday.

It is unclear what Putin and Zelensky’s demands will be of one another, as the Russian advance allegedly was slowing on the fourth day of the war due to supply and morale issues. It is expected that the status of the two breakaway regions of eastern Ukraine, the Donetsk People’s Republic and the Lugansk People’s Republic, withdrawal of Russian troops, and status of prisoners of war will be of heavy focus.

After amassing some 190,000 troops to the north, east and south of Ukraine, Putin on Monday signed a decree to recognize two breakaway regions of eastern Ukraine, the Donetsk People’s Republic and the Lugansk People’s Republic, as independent entities in a signing ceremony shown on state television.

On Thursday Russia finally launched what Putin called a “special military operation” after weeks of denying its intention to invade Ukraine. Putin argued that Ukraine, a democratic nation of 44 million people, is an illegitimate state carved out of Russia, a view Ukrainians see as aimed at erasing their more than thousand-year history.