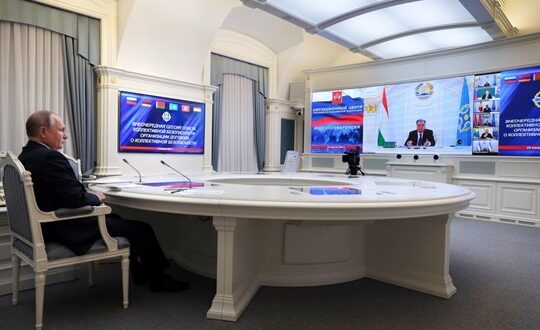 Afghanistan Will Put Russia’s Regional Ambitions to the Test

While the failure of the United States’ two-decade campaign to reshape Afghanistan was a source of no little schadenfreude in Moscow, the collapse of Ashraf Ghani’s U.S.-backed government has thrust Russia into a challenging position. Even as President Vladimir Putin confirmed that Russia has no intention of deploying troops to Afghanistan itself, the potential for radicalization and violence around Russia’s borders is foisting greater responsibility for regional security on Moscow at a time of mounting domestic difficulties.

The Ghani government’s collapse and the departure of U.S. forces from central Eurasia, seemingly for good, also offers Russia a window of opportunity to bolster its role as a powerbroker both within and around Afghanistan, advance a vision of regional connectivity that boosts its own interests, and consolidate its political-military influence in neighboring Central Asia. All of these steps, however, would require more resources than Russia’s leadership has thus far been willing to invest, and greater risk than it has been willing to take on.

Post Views: 101
Previous Russia’s New Nuclear Doctrine: Don’t Mess With Us—But Let’s Talk
Next Russia’s ‘Return’ to Africa Is Less Than the Sum of Its Parts