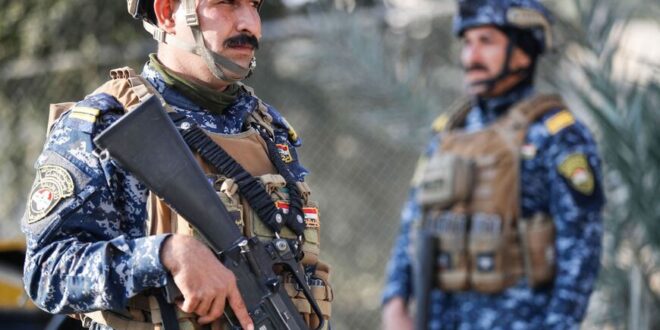 As Iran-backed groups block the formation of Iraq’s next government, frustrated voices are getting louder about Iran’s meddling.

Recent efforts to form a new Iraqi government have all failed to yield results despite the formation of a majority bloc of Muqtada Sadr’s Shiite group, Masoud Barazani’s Kurdistan Democratic Party and Muhammad Halbousi’s Sunni alliance.

The political deadlock is caused by Iranian-backed militias and groups such as Coordination Framework (CF), its Kurdish ally the Patriotic Union of Kurdistan and few Sunni members with ties to Iran. The Iranian-backed CF is leveraging its “blocking third” votes to halt the political process of electing a new president and prime minister, creating a new wave of anti-Iranian sentiment among the Iraqi public.

On April 17, a demonstration erupted in the poor and neglected Sadr City, where Muqtada al-Sadr enjoys popular support. The protesters chanted slogans against Iran first used by Sadrists in 2015, when they penetrated the Green Zone in Baghdad.

More protests were held in Firdos Square in the heart of Baghdad, where many young activists gathered to chant against foreign interference in the government’s formation and voice their displeasure with the blocking third.

Also last month, there was an attack on an Iranian convoy carrying Iranian diplomats inside Baghdad. The convoy was traveling toward the Shiite-majority city of Al-Kadhimya, which is famous for two shrines of Shitte imams.

A source close to Sadrist movement told Al-Monitor on condition of anonymity, “Sadr is using his strong base in southern Iraq to organize a new wave of protests to call out the foreign interference in the political process.”

Sadr now seems to be preparing for a new wave of protests.

During his electoral campaign, Sadr repeatedly promised to form a majority government without the participation of any Iran-backed groups. After the early elections held in October last year, Sadr called for a “nationalist majority government” and formed a coalition with the Sunnis and Kurds while effectively sidelining the Iranian-backed groups who had formed the CF.

The CF’s mission to halt the formation of a majority government has been publicly supported by Iranian officials.

In a televised interview with Al-Sharqiya news agency, Iraj Masjidi, who served as Iran’s ambassador to Iraq from 2017 to last week and previously served as chief of staff in Quds Force, said, “We view the consensual agreement as the most appropriate,” adding, “It is not the time for a majority government yet.”

The CF is also using other cards to mount pressure on Sadr’s allies.

The CF enjoys warm relations with the chair of the Supreme Judicial Council, Faiq Zeidan, who issued a ruling against Sadr’s ally, the Kurdistan Democratic Party, to discourage it from maintaining its alliance with Sadr. Last month the federal court deemed any energy contracts signed by the Kurdistan Regional Government as illegal and unconstitutional.

Another ruling stated that there needs to be a two-thirds majority vote for the election of the president.

The CF is also mounting pressure on Sadr’s Sunni ally, Mohammad al-Halbousi, by supporting his rivals among the Sunnis. Last week the CF invited Rafi al-Issawi, a prominent Muslim Brotherhood figure, to Iraq after almost a decade in exile.

The CF also welcomed Ali Hatem al-Suleiman, another of Halbousi’s rivals, to Baghdad after eight years living abroad due to his participation in the Sunni insurgency in 2013-2014 that ultimately lead to the Islamic State’s rise in Iraq.

There are also reports that Ahmed al-Alwani, the former member of parliament accused of leading the Sunni insurgency in 2013-2014, has been processed to be released.

It is likely that the already strong anti-Iran sentiment among the Iraqi public will worsen as the summer heat is already being felt across Iraq, which mainly relies on Iranian gas supplies to produce electricity. Iran has already reduced its gas commitments to less than a quarter of its contract commitment and is likely to send even less by midsummer.

Post Views: 88
Previous Rockets launched at Israel from Lebanon, Gaza
Next Will Erdogan sustain balance between West, Russia as Ukraine war drags on?