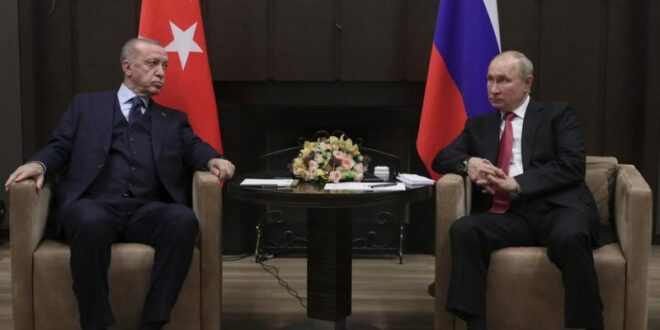 Greece to raise Turkey’s stance on Russia with EU states

The Greek government is expected to raise with its EU partners Ankara’s decision not to join western sanctions against Russia, questioning Turkey’s narrative of being a neutral broker, EURACTIV has learned.

“It’s inconceivable that Turkey has managed to escape western sanctions against Russia,” a source close to the matter told EURACTIV Greece.

Following a two-hour lunch between Greek Prime Minister Kyriakos Mitsotakis and Turkish President Recep Tayyip Erdoğan in Istanbul in March, a de-escalation between the two countries was decided in light of Russia’s aggression in Ukraine.

However, things have now changed.

For its part, Ankara reacted by saying that Greece was the one who violated Turkey’s airspace.

Greeks believe that Erdoğan is artificially escalating ahead of the 2023 elections to preserve the nationalist feeling of his electorate.

Athens has already notified its NATO partners about the fresh escalation, but no reaction has been reported so far.

Turkey has not joined EU sanctions against Russia, even though, in theory, it should align with EU foreign policy decisions considering it started talks to join the EU many years ago.

Erdoğan has attempted to behave as a broker between Kyiv and Moscow in the last months.

Turkish Foreign Minister Mevlüt Çavuşoğlu said over the weekend that Erdoğan is still trying to organise a meeting between Ukrainian President Volodymyr Zelenskyy and his Russian counterpart Vladimir Putin.